After rummaging for a while I decided for an ignition system of power dynamo.

After the conversion, the engine starts at 18 degrees without the choke right away and has stable idle. The top speed with torque increases by about 300 rpm. The ignition advance timing was set for security reasons to 18 Degrees instead of 20 Degrees BTDC. With this timing, the bike was not as aggressive as before. So I increased the compression ratio from 8.13 to 8.64. The result of the action is very encouraging. The bike goes like never before. The engine is much agiler reacts spontaneously. Even with the hot engine it goes noticeably better. Driving fun is increased definitely. 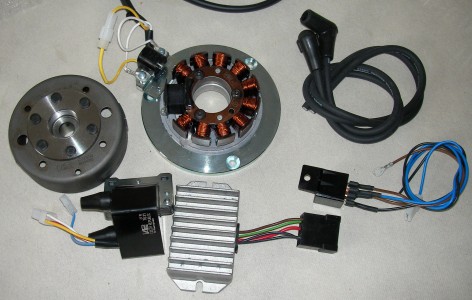 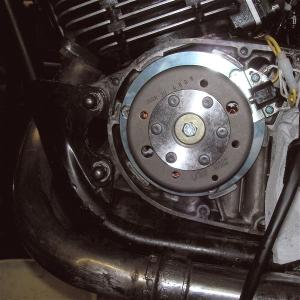 The digital ignition timing device VCDI-04 from Zeeltronic is compatible to the PowerDynamo ignition system. This allows programming the ignition angle vs. speed. The installation of the VCDI is easy. It is simply installed between the pickup and PowerDynamo ignition. The small box has ample space under the seat. The programming device can be connected to the VCDI without harm while engine is running. Up to 10 curves with 10 points may be programmed. 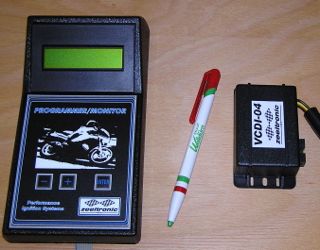 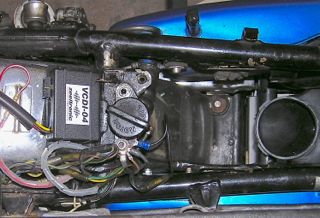